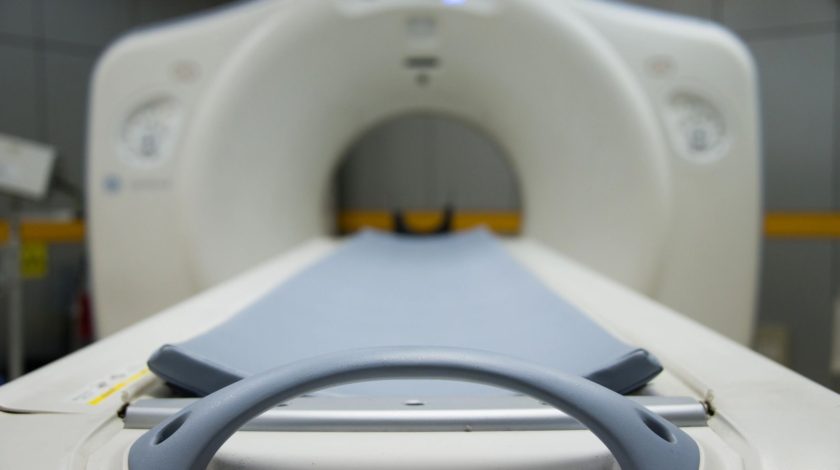 M-R-I can’t do this anymore

I have had three brain surgeries, so you would think I would be comfortable with MRIs. And up until a few years ago, you would have been right.

Perhaps comfortable is the wrong word, I have always been  a little claustrophobic, but that was easily remedied with some anti-anxiety medication.

It has been almost 20 years since my initial diagnoses of Cushing’s Disease, caused by a pituitary tumor located near the base of my brain, and I have had many, many MRIs. In fact, my mother and I have joked about how the cheaper option may have been to buy an MRI machine and plant it in our garage.

So while I can’t say I ever loved getting squashed into that tunnel for roughly an hour at a time, I never actively avoided this particular test. That is until I met the Gamma Knife.

In the past two decades, I’ve been diagnosed with Cushing’s and had (seemingly) successful surgery performed three times and I was fearful that the tumor would continue to grow back. And along with the havoc this disease wreaked on me physically, I also didn’t think I would have the mental wherewithal to deal with this disease again and again (and again) anymore. Even two years out from my third (and hopefully) final surgery, many of the side effects of Cushing’s still remain. In addition to gaining up to 60 lbs with each occurrence (they don’t call it the obesity tumor for nothing), I am now permanently dependent on steroids to correct the lack of functioning adrenals, take a daily shot to fix the Adult Growth Hormone Deficiency, am hypothyroid, and have just started estrogen + progesterone therapy to combat the early signs of menopause.

But, I digress. The Gamma Knife procedure is a one and done dose of radiation that is targeted to a very small area, in my case, the pituitary gland. The pituitary is often referred to as the ‘master gland’ because it is vital to so many of the body’s functions. In my case, the procedure caused complete failure of the pituitary which is why I am now dependent on so many daily medications. The side effects of the Gamma Knife are that I’ve been left with are terrible, but it is relatively rare to lose complete function, however, I did leave with an additional side-effect that is rarely reported: a profound fear of going back into the MRI machine/a likely case of PTSD.

A few things to know about the Gamma Knife procedure. In the morning they attach a halo type device to your head using pins. Then, once secure, they place a giant fishbowl-shaped plastic dome over that so that the halo does not move. Someday I will feel far enough removed from this experience to share you the picture of me looking like a strange old-timey deep-sea diver.

Everything was going according to plan. I survived the numbing of the head and the screwing in of the halo. A cat-scan completed uneventfully and, before I knew it, it was time for the MRI.  Unlike an ordinary MRI this one had a contraption that the halo fastens into so you absolutely-positively-cannot-move-a-millimeter.

I think the the click of the metal broke me a little bit that day. I lasted about 5 minutes in that tiny tube, before I pressed the panic button. They pulled me out and gave me more medication. I was still in the middle of a full blown panic attack. They brought in my father who kept his hand on my leg, to show me that I could still get out. Nothing worked and so eventually they pulled me out and called it quits.

It took a few hours for the doctors to confer and decide that they could work with a combination of my cat-scan and MRI to map out a path for the radiation, so the entire process was not all for naught. The radiation part happens in an open machine, so that was not a problem at all. After that, the halo was removed and I was left with 4 teeny painful spots and some bruising. Oh, and an a terrible, unremitting fear of ever going into an MRI tube again.

My current (wonderful) doctor is sympathetic to my story. She helped me find an open MRI center that could take the highly specified ‘cuts’ (images) of my brain. Hopefully the pictures will be enough for now.

So today’s the day I make my way back to the MRI. I am nervous, but hopeful that I will be able to make it through without incident.

For more information on Cushing’s and the Pituitary Gland, please visit:

For additional info on Gamma Knife: